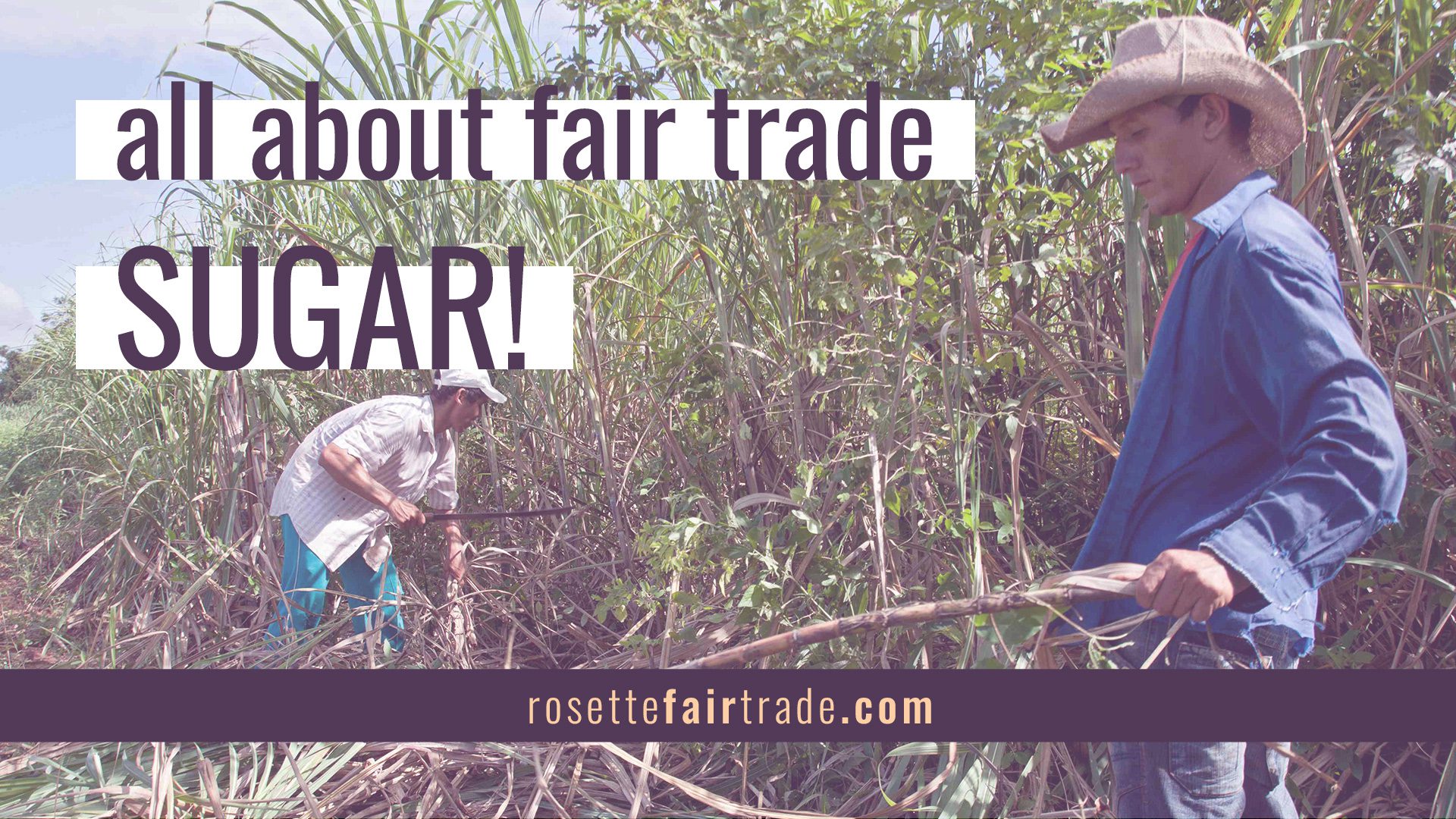 Fair trade sugar isn’t usually considered the star of the fair trade movement, but maybe it should be!

There’s no comparison to the light caramel flavour of golden cane sugar in your coffee, baked goods or even your favourite fair trade chocolate. Those beautiful, golden crystals of sweetness put the whole cane sugar vs white sugar debate to bed in a heartbeat. (But we’ll still talk about it briefly below.)

For those who don’t already obsess over fair trade (like I do), May is Fairtrade Month. And for 2020, Fairtrade Canada (who’s the go-to authority on Fairtrade Month in Canada) is running the #4People4Planet campaign.

What does all of that have to do with cane sugar? I’m so glad you asked! Sugar is one of the commodities that turns up in a ton of things we eat. It doesn’t need to be a can of soda or a bag of gummy bears for us to find sugar in the ingredients; many of our prepared foods—including savoury ones—have it as well. And if we’re going to use it so much, don’t you think it’s important to know where it comes from and how it affects people and the planet? I thought you would! 🙂

So every week of Fairtrade Month (May), I’ll be posting educational information about one fair trade commodity, to help you learn a bit more in-depth about farmers’ realities. This week’s topic is fair trade sugar!

What is cane sugar?

Quite simply, cane sugar is the crystallized solids that we end up with after the juice from sugarcane has been evaporated. So in other words, you squeeze fresh sugarcane to extract the juice, just like you would squeeze an orange. But instead of drinking sugarcane juice the way we drink orange juice, we usually take the sugarcane juice and dry it out. The dried out juice becomes cane sugar, which we can put into our favourite recipes.

Any sugar is a tasty addition to our desserts, but fair trade sugar is even better. Why? Because it’s fair trade, of course! The overwhelming majority of sugarcane is grown in the developing world because it’s a hot-climate crop. That means human rights violations and environmental abuses are more likely to happen if there’s no oversight.

Sugarcane juice naturally contains both sugar and molasses. Did you know that molasses was a byproduct of sugar processing? Well now you do! And since molasses is super rich in nutrients, lots of folks are switching out their ultra-refined white sugar for a more whole sugar option.

You can also filter some of the molasses out to produce a light golden sugar with a mild caramel flavour. This golden cane sugar is also known as turbinado.

If you take all of the molasses out, you end up with ultra-refined white sugar. Usually companies don’t market it as cane sugar, as it doesn’t retain many of the nutrients of the natural cane juice.

And bonus fun fact: if you purchase conventional “brown sugar” in the grocery, it’s typically white sugar (ultra-refined) with some molasses mixed back in—hence the lighter and darker brown sugar options. (Don’t believe me? Have a peek at the label next time you’re at the grocery!)

In short, fair trade sugar is important because it’s better for people and the planet.

Fair trade products have to adhere to standards related to everything from agrochemicals to business relationships, to ensure environmental protections and insulate workers from exploitation as best possible.

But one of the coolest things about fair trade sugar is that it’s so direct. In the photo below, you’ll see the face of a man who grows the very same fair trade golden cane sugar that you see on store shelves near you (and on Rosette).

Cándido Vera Flor’s cooperative, Manduvira, produces sugar for your baking, and it also supplies sugar for use in other great fair trade products, like this organic sesame bar. Associating a face with our food is good for accountability, transparency and connection. Now that you’ve met Cándido, don’t you want to do what you can to protect him and his family from harm? Faceless relationships make it easier for us to look the other way, no matter what abuses may be going on.

Fairtrade Month engages consumers and gets them to think about the choices they make when they shop. The #4People4Planet campaign asks folks to think about people and the planet now more than ever—the worldwide implications of COVID-19 hit producers hard as well, and often they have less infrastructure to cope with it than we do. Put a face on your food and help out the planet by looking for fair trade sugar and other products when you’re doing your shopping! You can check out our cane sugar selection in the baking ingredients aisle, if you’re running low as we speak. 🙂

I look forward to seeing you in our next post, where we’ll talk about the world’s favourite treat: chocolate! Like sugar, chocolate is better when it’s fair trade, too!

Until then, be well and stay safe!