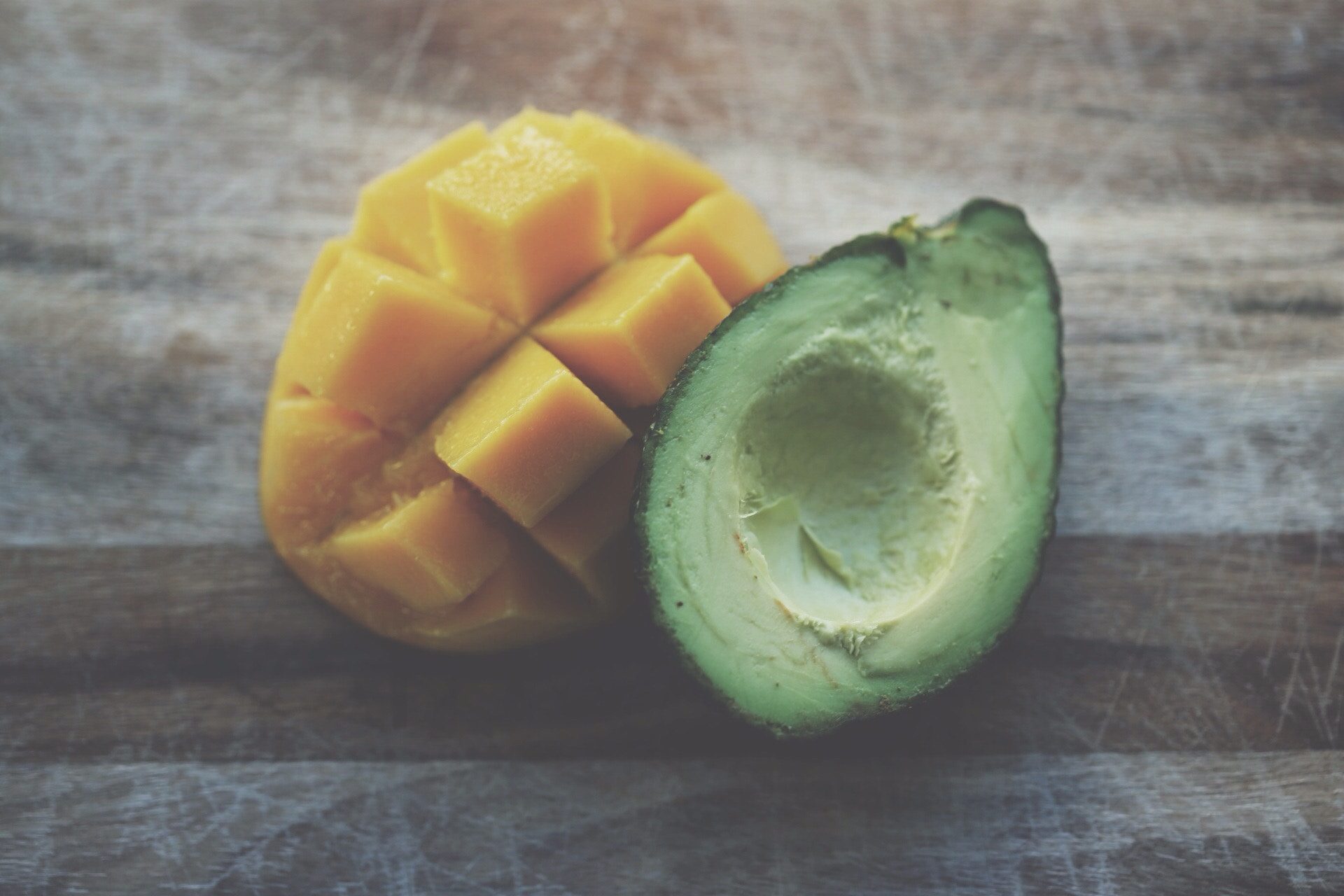 The fair trade vs organic question is a common one. Consumers are more conscious than ever about their purchases, which is a great—and also sometimes confusing—thing!

While fair trade and organic are movements that have a relationship with one another, one is no more the same as the other than a person is the same as their partner. Sure, there are some common interests, but they’ve still got their own strengths!

Many fair trade products are also organic, and as such, some organic products are also fair trade. But the two don’t always go together, and one doesn’t preclude the other, either. They both share a respect for the environment, and so once a producer gets their fair trade certification, they may also go for an organic one, or vice versa. But that’s about where the similarities end.

What does organic mean?

Organic sort of means that there has been as little human intervention in agriculture as possible. Which is odd, because agriculture is inherently a human intervention kind of thing. (Ever seen a bear farm its own berries? Yeah, didn’t think so.) Sure, plants grow naturally, but we’ve selected which plants are most useful to us over time, actively planted them where we want them, and even eliminated unwanted plants pretty strategically. Human intervention is built right into agriculture.

But where organic draws the line is using chemical pesticides, for one thing. If you want those bugs off your plants, you’d better make sure that your plants are good and strong to start with, and then use approved items to get rid of any bugs that come along. (That might look like a biodegradable and benign substance like egg shells, for example.) Organic says no to chemical sprays that might damage the environment.

Organic also means that we’re not allowed to interfere with plant reproduction through genetic modification. Or at least not in some ways. If we cross-pollinate plants by hand, using a paint brush or a Q-Tip, that’s OK. But if we stick a couple of totally different species’ genes together in a glass tube while wearing a lab coat, that’s a big no-no. Organic certifiers do not like that one bit.

In an ideal world, organic farming looks like doing things traditionally, like saving seeds from one year’s crops to plant the next, and putting composted cow poop on your field instead of chemical fertilizers to make sure the soil is rich. It sure does beat putting a bunch of environmentally-harmful chemicals onto the earth, wouldn’t you agree?

Ideally, organic farming also takes an opportunity to grow many different crops together as well. Biodiversity is crucial for a healthy ecosystem, and that includes the mini ecosystem of your farm. Companion planting is useful, as is shade-growing some crops (shade-grown coffee is considered a premium product, for example).

So basically, the way you grow your tomatoes in your back yard? Expand that to a farm-sized endeavour, hire some staff and nix the Miracle-Gro. Then you have a pretty decent idea of the methods and environmental standards around organic.

Organic certification asks producers to be good to the earth and let it exist as undisturbed as we can, while also cultivating it to grow the things we want.

So then what’s the difference between fair trade and organic? Well, you might have noticed that I didn’t really mention much above except environmental standards. And that’s because the environmental piece is basically the extent of organic certification.

How does fair trade work? It looks at various pillars of sustainability: social, economic and environmental. So while it’d be negligent not to mention the environmental link in the whole fair trade vs organic discussion, that’s about as far as the similarity goes.

This one is slightly grey, because technically labour conditions are a little better just by virtue of not having tons of dangerous chemicals around. Bravo, organic! But organic farmers don’t have to provide protective gear when their workers are doing more dangerous tasks. Organic certification doesn’t put a cap on how long workers can work in a single day, and it also doesn’t require that labourers be paid a living wage.

With fair trade, it’s a different situation. Protective gear must be provided where appropriate, and everyone must be paid a living wage for their work. Fair trade producers also can’t have their workers doing 16-hour shifts, and they aren’t allowed to force people to work for them. And perhaps most crucially, it’s prohibited to use child labour in fair trade. Children must be allowed to have time for school, play and being a child.

Organic is not really the go-to certification when it comes to protecting workers. It’s good at what it does, but that’s not labour. So if the whole fair trade vs organic thing were a contest, organic would be starting at a serious disadvantage.

There isn’t any real requirement in the organic movement to actually pay producers more for organic. So why do we pay more for organic food at the grocery? Because retailers know it’s a premium product and they can charge you more for it. Does that mean that any more money is going to the producer? Not necessarily.

The trade relationship between producer and buyer isn’t monitored with organic certification, so fair trade comes up way ahead in this area. When we’re thinking about fair trade vs organic, it’s relevant that the trade component is built right into fair trade. After all, it’s called fair trade.

With fair trade, a key element is the payment of a fair price. I mean, fair trade comes in and tells producers they have to make sure they’re paying everyone a fair wage, and that they need to take more steps to respect the environment, and all of that costs money. So it’s only right that those producers also receive a higher price for their produce.

Fair trade also encourages long-term relationships. Some Canadian companies that I’m familiar with have had trade relationships with the same cooperative for over 20 years. This gives a ton of economic security to the producer organization!

Genuine fair trade aims to give a leg up to people who have been historically disadvantaged. Most notably, this means prioritizing small-scale, family-owned farms. The average fair trade producer’s farm plot is 1.4 hectares, whereas the world average is over 6 times that size. We know that small-scale farmers are better for the environment, but traditionally they have struggled to compete on the market with larger-scale producers. However, when small farmers gather into cooperatives, they can produce enough for larger buyers without having such a detrimental impact on the environment.

Beyond focusing on small producers, non-discrimination is also an important component in fair trade. Around half of the people in the world are women, but they continue to lack the same opportunities to own land, be in positions where they can participate in decision-making, and so on. Fair trade requires that women be able to fully participate in democratic processes in producer cooperatives, including holding jobs that have traditionally been considered for men only. Even with these efforts, only 25% of fair trade farmers and workers are women, so just imagine how much further we have to go in conventional trade systems!

Who wins the fair trade vs organic debate?

You might be wondering, if I’m so stoked about fair trade, and if it covers so much more, why do people bother getting both organic and fair trade certifications?

There is one thing that organic systematically does very well on, and that fair trade doesn’t do as well on: environmental protections. While fair trade encourages taking steps towards more organic ways of producing goods, it’s not nearly as strict as organic, and some goods don’t even apply. (Fair trade handicraft artisan groups, for example, aren’t exactly the crowd to preach to about pesticides, especially when they’re often recycling existing materials.)

If you really want your products to be as sustainable as possible, it’s important to look at all three pillars, and do what’s best for all of them. Fair trade is more comprehensive overall than just organic, but organic is stronger on the environmental pillar of sustainability.

So I know I just wrote a whole article on fair trade vs organic, but why not reframe the way we think about it? Why not think of them as two things that complement each other? Why not fair trade and organic?

Like with so many things, they’re strongest when they work together.

24 Thoughts to “Fair trade vs organic: what’s the difference?”