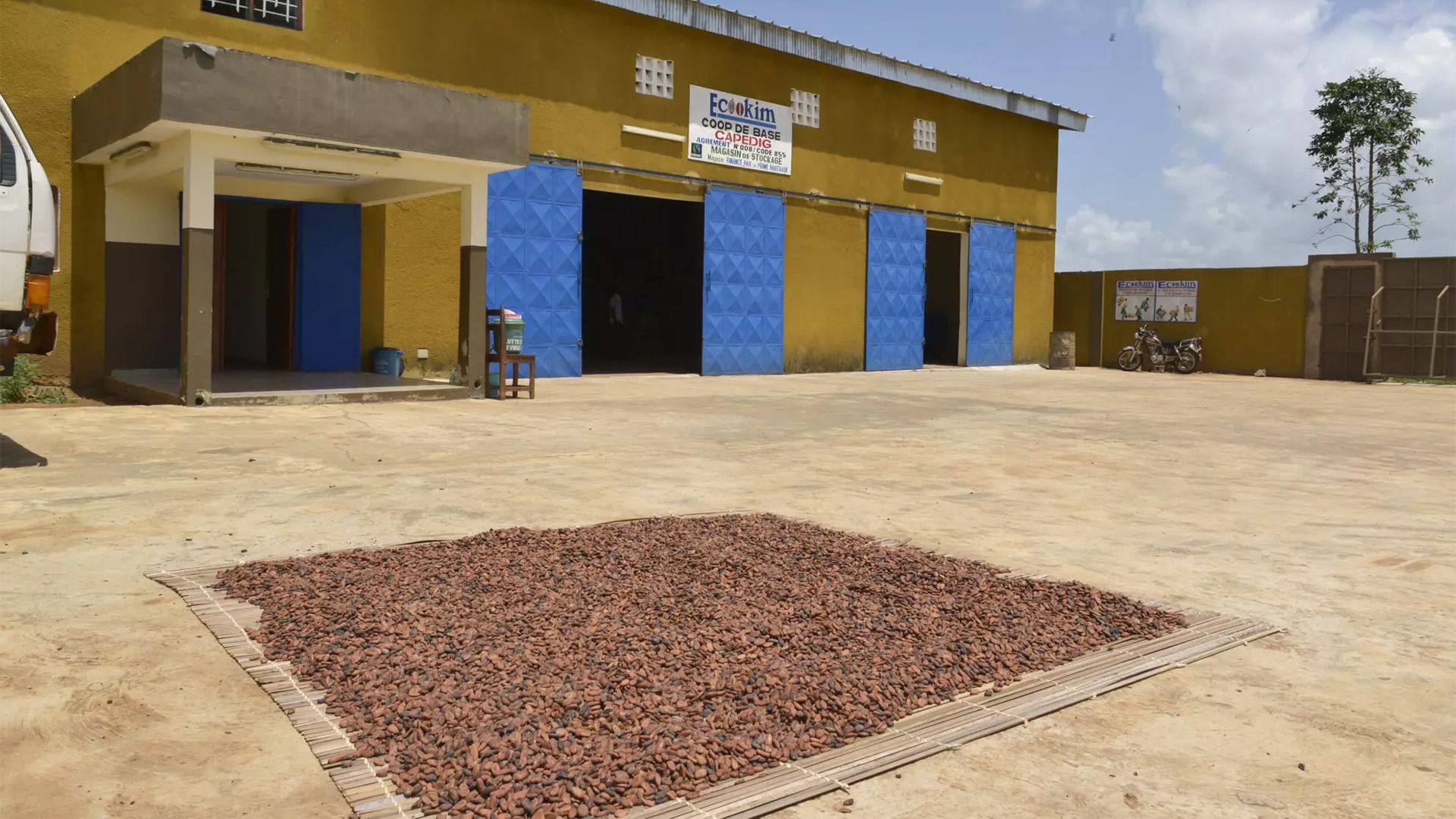 Today we’re looking at the 8th fair trade principle as part of our countdown of the World Fair Trade Organization’s 10 Principles of Fair Trade. This is the third post in the series, so if you missed the others, you can start with the 10th principle: respecting the environment. Or if you caught that, but not the second post, last week we talked about the 9th principle: promoting fair trade. Then you’ll be all caught up for this post!

So now that business is dealt with, let’s get into why capacity building is an important principle in the first place!

What does “capacity building” mean?

When we talk about building capacity, the key phrase is capacity. This word is often used to mean how much a vessel can hold, for example. And this is also the figurative meaning here: what abilities and uses can this item hold? And in terms of people: what can they manage to hold, in terms of skills and knowledge?

So capacity building just means increasing how effective, knowledgeable and high-quality one’s work is. If you are a veterinarian and you take a course on how to treat parasites in household pets, you’re building your capacity, because you’re keeping your knowledge up-to-date, and your services as a vet will be higher-quality as a result.

Building capacity can be different from learning. For example, a few years ago I learned that my cat sometimes snores. This info is cute as heck, but pretty much useless. Because will that information help me to get my orders shipped out faster, or cause me to cook dinner better? Definitely not. So while I learned that thing, it wasn’t really capacity building. It didn’t really affect my skills and my ability to do my job (or other day-to-day tasks).

Why is the 9th fair trade principle capacity building?

Job training is crucial for any work. And training can mean so many things! It can be learning by doing, it can be a colleague sharing their best tips, or it can even be shadowing someone to see how they do the task.

So let’s apply that to fair trade producers. Many producers are low-income, because it’s not usually rich people who make handmade goods, farm the land and so on. Likely, they have a low education level. And if you haven’t been able to get an education, you’re likely depending on wisdom that’s been passed through the generations—and don’t get me wrong, that’s very valuable. For example, if you’re a farmer, your parents might teach you how to know when to expect rain, how often to fertilize the soil, when to harvest, and so on. This is a form of capacity-building, and I don’t want to dismiss traditional knowledge, because it’s very important and powerful. This is what community is often built on: sharing knowledge and experience.

The trouble comes in when the people in your community don’t have knowledge or experience you need. Most often, this comes in the form of newer developments. And right now, that’s largely climate change. Let’s talk about a fair trade farmer named Segundo. Segundo’s dad didn’t teach him about how to cope with climate change, because in his day, climate change wasn’t an issue. He didn’t have the experience he needed to teach his son about that. So what does Segundo do now?

Well, because capacity building is the 8th fair trade principle and he’s a fair trade farmer, he’s in luck! He can access a huge network of farmers! They can share their experience, best practices and even pool resources to hire experts. And Segundo’s son, Hugo, was able to go to university (a rarity for rural farming families!). He studied agricultural engineering, and now Segundo has an expert in the family! Hugo can help his family and others with state-of-the-art techniques to combat climate change. This would be out of reach for many non-fair trade farmers.

A great example of capacity building is a cooperative in Paraguay called Manduvira. It started out in 1975 as a financial service (think: credit union) for 39 sugar cane producers to be able to access farming credit. Now, it’s a full-blown Fairtrade- and organic-certified cooperative with over 900 members. It even owns its own sugar-processing facility!

So how did this happen? Well, it’d be nice and tidy to say it was all because of fair trade, but there were many farmer partners who were determined to band together and make their dreams happen. So even though fair trade helped provide some of the capital needed, let’s be clear that it’s really the producers who are to thank for their tremendous success!

The early days of Manduvira

At first, Manduvira was just trying to make sure that small, local farmers could access credit. Credit is hugely important in agriculture, because in the spring you have to make all the investments in the seed, fertilizer, tools, irrigation, etc. It’s not until the end of the season that you have anything to sell, so that you can get paid for your hard work.

So in its own right, Manduvira was important when it was helping farmers band together to finance their work in sustainable ways. But eventually, by 1990, Manduvira became an agro-industrial cooperative that was working with 120 small producers of cane juice.

Now, here’s where the spirit of the 8th fair trade principle very clearly kicked in. Manduvira was working with small, artisanal mills that weren’t super efficient, and a big, industrial mill essentially shoved them out of the market. And when only that big mill remained, Manduvira had to bring their sugar cane there to process it.

This big mill wasn’t kind to the small producers, but I probably didn’t have to tell you that. They charged unreasonably high prices. They were exploiting these farmers in a big way.

In 1999, Manduvira’s farms achieved Fairtrade Certification through FLO-Cert. But because they still processed their sugar through the big mill, they didn’t have a lot of control over their product. And they still lost a lot of money to that mill.

In 2003, Manduvira formed a 6-person coalition to protest the sugar mill’s price gouging. The small farmers banded together and demanded a fair price for processing their cane. And through protests, hard work and tons of negotiation, they won! This large mill finally agreed to end their exploitation. The small farmers had a better chance of making ends meet.

For a couple of years, this worked out all right. But many of the farmers still yearned for more independence. They still needed to depend on this large mill. They worked towards organic certification, which they received in 2004. And with that, they dreamt of being able to process their own sugar, even if many people told them it was impossible.

Because they were now fair trade and organic, Manduvira’s farmers received a premium price for their cane. Even though the mill was getting a piece of the pie, they were Fairtrade Premium benefactors now. They had also made many friends in the community and grown as a cooperative so much that they finally had some resources of their own.

Through pooling these resources, the farmers rented a sugar processing facility in 2005 for a month. During this time, they processed the harvest in a mill that was about 90km away from the cooperative. They sold the finished product to international partners (Canada, among other places) and received a fair price. This was huge win for them!

Through a ton of hard work and support from the local community and the broader fair trade community, Manduvira began constructing their own sugar processing facility in 2011. In 2014, they held an inauguration of the processing facility! They could finally process their own sugar and keep more income in their own community. No longer did a big company take a piece of their pie; they could invest in their farms and provide a decent life for their families. This, after many years of struggle, was a truly special moment for these farmers!

As of this writing, Manduvira has grown exponentially, now working with over 900 small producers! They provide fair trade, organic sugar to major companies including Camino in Canada and Oxfam Fair Trade in Belgium. They also provide training to member farmers on improving production, and farmers can access financial services like loans, if needed. Because they can invest in their community, many of the farmers’ children access post-secondary education. As a matter of much pride for some of these farmers, their children work in professional roles at the cooperative now, such as accounting and marketing!

Why the 8th fair trade principle is so important

The story above illustrates just how much the 8th fair trade principle matters. While fair trade played a part in their story—perhaps most importantly, showing the farmers that there was a market for premium sugar that would fetch a fair price—the Manduvira farmers are the authors of their own story. Fair trade should be supporting producers who have a dream.

I volunteered with a lady who specialized in fair trade coffee, and she told me a story. She had visited the tiny farmer that grew her coffee beans, in Colombia. She learned a word: coyote. These are the predatory people who drive around the most isolated coffee farming communities. They tell the farmers, “I’ll give you [insert ridiculously low price here] for today’s harvest.” They know that coffee spoils if it’s not processed within 24 hours, and these small farmers can’t process it. So they sell it to the coyotes at a loss, because selling coffee for half of what it’s worth is better than not selling it at all.

My colleague explained that one of the farmers said, “We didn’t know what coffee was worth.” That’s right; they were so isolated in the mountains that those coyotes could tell them the going price for coffee was whatever they wanted, and they would have been none the wiser.

That really stuck with me. And that’s because these people are intelligent, and they’re highly competent. They’re doing their best with the information they have. Of course they’re vulnerable to exploitation; they can’t access the information they need. And that’s why the 8th principle of fair trade is my favourite. It’s our duty as responsible citizens to advocate for folks to have autonomy. And not being able to access information limits a person’s autonomy.

So thank you for joining me today on this deeper dive into the capacity-building fair trade principle. I hope you’ve learned something, and if you did, let us know what in the comments!

And don’t forget to join me next time for the 7th principle: good working conditions. See you then!

When we think about fair trade fruit, often we do think of bananas. And there's a good reason for that, which...

One Thought to “The 8th fair trade principle: capacity building”