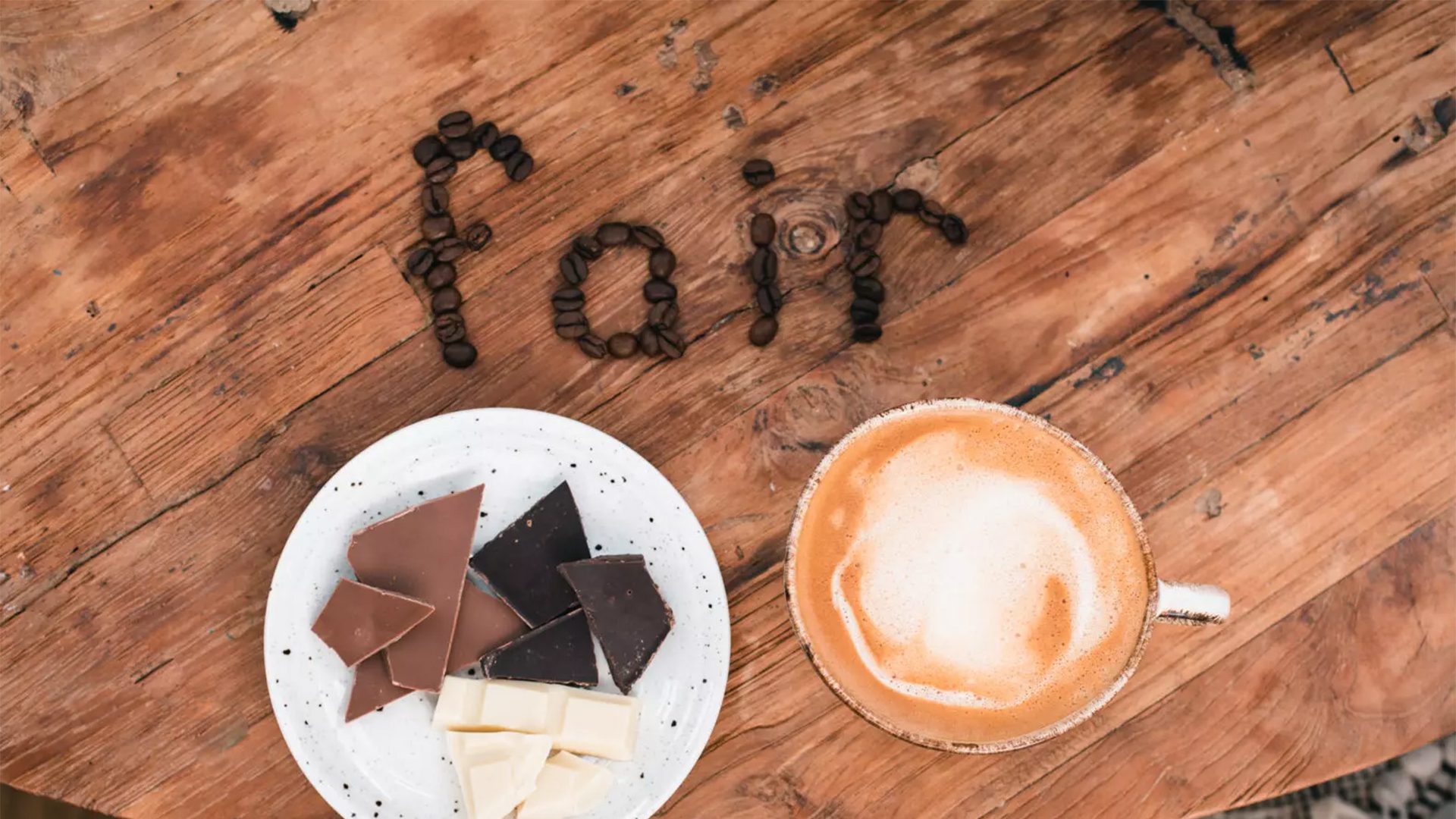 The 9th fair trade principle (promoting fair trade) is one of my favourites because it’s something I do a lot as a fair trade business! So without further ado, let me explain what this principle means and why it’s important.

Why do we promote fair trade?

As a movement, we promote fair trade because we believe in a fairer world. And mostly, this particular principle is something that we do in primarily consumer countries.

What I mean by “consumer countries” is that Canada, for example, consumes more than it produces. Many of the products we consume are made elsewhere because our climate doesn’t allow us to grow them (or even grow much of anything year-round). On the other hand, China is a very good example of a country that produces more than it consumes. So China is primarily a producer country, that makes things for people to consume outside of its borders.

Why promote fair trade in Canada?

In Canada, we have a real opportunity to influence the consumer market. The 9th fair trade principle is a great incentive to educate Canadian consumers about the importance of fair trade.

When it comes to tropical food and cotton products (ie. warm weather crops), Canada has a unique opportunity because we can’t grow these things on our own. If we enjoy the benefits of cotton, it’s because someone has grown and processed it for us in a warmer climate. If we love our morning cup of coffee, it’s because a producer in a hotter country has farmed and prepared those coffee beans for us. We can’t grow cotton, coffee, cocoa, sugar cane, bananas and many other things in Canada. So if we want to eat or use these things, we need to rely on warmer countries.

And guess what? Warmer countries are more likely to be poorer than colder countries. That’s why the 9th fair trade principle is so important! Relatively wealthy Canadian consumers need to make sure they’re making conscious decisions when choosing these warm-weather products.

Does the 9th fair trade principle apply to producers?

It applies to everyone in the fair trade supply chain! Of course, it’s harder for small-scale producers in other countries to reach consumers in Canada, for example. So that’s why it’s so important for fair trade companies like Rosette to bridge that gap!

Every so often, you’ll see that we release videos on YouTube about producers’ initiatives. As much as possible, we share the producers’ stories in their own words. And while Rosette is a bit new and small to arrange producer visits, lots of Canadian fair trade advocates and companies do just that! At these visits, producers can speak directly to consumers, retailers and more players in Canada. This is educational and informative for all involved!

On the local level, fair trade producers are usually very cooperative as well. This is a type of promotion, too. If a non-fair trade farmer approaches them, for instance, they may answer questions about how that farmer can achieve fair trade status. Or perhaps they will include that farmer in their existing cooperative if they grow the right commodities. This is similar for handmade producers—the goal is to employ more producers under fair trade terms so that they earn a living wage.

Can you imagine if a struggling farmer approached a fair trade farmer with questions, and the fair trade farmer told them to go away? That’s not at all productive! Fair trade producers know more about the process of achieving fair trade membership or certification, and can help others who are interested.

Why does the 9th fair trade principle exist?

In short, the 9th fair trade principle ensures that companies with relative power and privilege are actively trying to improve the economic opportunities of their producers. They should look for new opportunities to expand their access to the market. And if they’re not promoting fair trade, how are consumers going to understand why they’re paying an extra dollar for a fair trade chocolate bar? They’ll just buy a non-fair trade one instead.

Promoting fair trade has to do with what we call value add in marketing. I regularly explain to customers that a fair trade chocolate bar costs more because it’s worth more. It comes with peace of mind, for example, because you can rest assured that no children were harmed in the making of your chocolate. It’s also higher-quality because cooperatives can pool together resources to test and improve the quality of their cocoa beans. (Did you know that many children who are working for little or no money on cocoa farms have never tasted chocolate? How sad!) This is very common with coffee producers, in fact. Often they have no idea whose beans are best until they band together to build a cupping facility. That’s a place where they can roast a few of each farmer’s beans, brew them and taste them. Once they do this, they’re empowered with the knowledge of how great their coffee is! Usually the farmer who grew the best beans will consult with other farmers on best practices so that all of them can improve the quality of their beans and the cooperative overall will fetch higher prices for their premium coffee!

If I had not told you any of that, would it seem as worthwhile to purchase a bag of fair trade coffee beans? Maybe not. And that’s education in action!

Equifruit is a great example of what the 9th fair trade principle can look like in practice. All it takes is one look at Equifruit’s Instagram feed to understand why they’ve been so wildly successful at marketing their Fairtrade Certified, organic bananas!

Equifruit does a lot of online marketing of their bananas to the masses, through various channels (banana memes, anyone?). They have a hilarious and snarky tone in their marketing lately, which I’m really digging! Some examples:

But Equifruit doesn’t stop at hilarious memes on Instagram. One of their biggest strengths is how great they are at focusing their efforts where they can make the biggest impact. So they engage with high-level players in the industry like decision-makers at Farm Boy, a chain that now carries only Fairtrade, organic bananas from Equifruit at all of its Ontario stores!

May is Fairtrade Month and we believe in fair pay and safe working conditions for farmers, which is why we started this program with @equifruit 5 years ago. #OfficialFarmBoy pic.twitter.com/QpGFnwBLPM

Part of Equifruit’s promotion of fair trade also looks like participating in events and conferences that are educational in nature. Equifruit’s Jennie Coleman has spoken multiple times at the Canadian Fair Trade Network‘s national conference, for example, where there are lots of representatives of influential companies in the catering and retail industries. And she’s even been to Ottawa to do small events like fundraisers for Fair Trade Ottawa Équitable! (Fun fact: they once asked her if she could donate bananas to their wine & cheese fundraiser, and she drove from Montreal to Ottawa with a trunk full of bananas to give to the guests! Now, that is passion!)

So this is one (very good) example of what promoting fair trade means. Equifruit promotes fair trade not just so that they can sell more bananas (which of course they will, and that will mean a fair wage for more banana producers). They also promote fair trade so that there is a greater awareness of what fair trade means and how our consumer choices affect people across the world.

So thank you, Equifruit, and all of the companies that tirelessly spread the word about fairer trade systems that mean a better quality of life for workers! And thank you, Equifruit in particular, for all the laughs we’ve gotten from your banana memes! 😉

Thanks for joining me today for the 9th principle! Did you learn something? Let us know in the comments!

And be sure to join us next week for principle 8: capacity building! 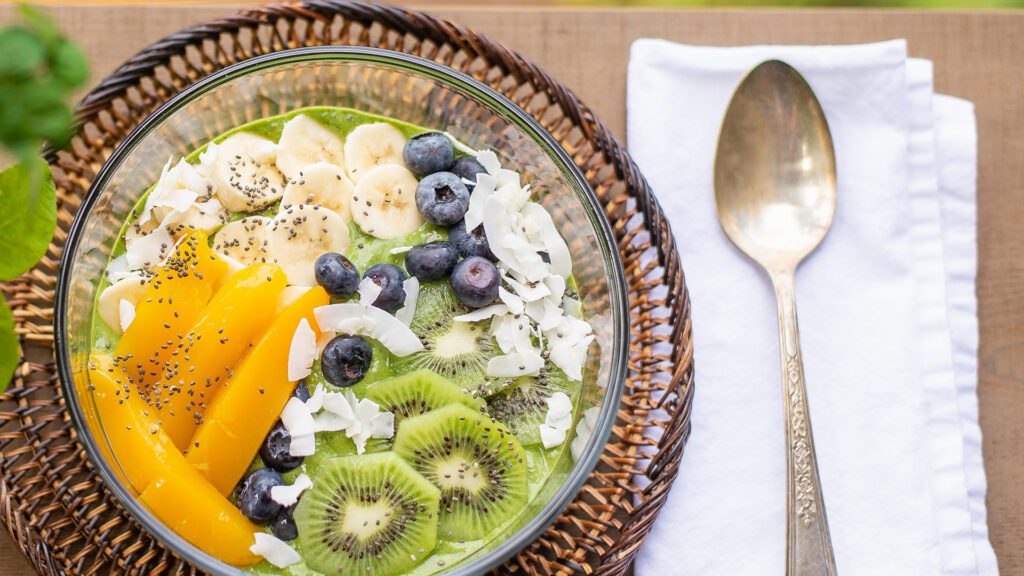 When we think about fair trade fruit, often we do think of bananas. And there's a good reason for that, which...