Fair trade products are premium products. You can’t compare a Camino bar to a bar from your dollar store—they are simply not the same quality. So you would need to compare apples and apples. Assuming we’re doing that, in the case of something consumable, like chocolate, it’s still pretty likely that the fair trade version will cost more. That’s because if you have to pay a living wage to your producer, which unfortunately usually doesn’t happen outside of fair trade, the ingredients will cost more. That cost has to be passed onto the consumer, but the value add is that the consumer knows that the product was made in ways that aren’t as damaging to people and planet. Nobody was hurt in the making of your chocolate bar, as it were.

When we talk about products that aren’t consumable, such as clothing, fair trade doesn’t actually tend to cost more. This is because fair trade clothing is made higher-quality than the overwhelming majority of fast fashion brands. It’s common to need to replace a cheap shirt several times in the lifetime of a fair trade shirt. A fair trade garment typically doesn’t cost several times the price of a fast fashion garment, so you actually save money in that way. Fair trade encourages folks to purchase less things overall, and purchase those things for their quality. This is better for our wallets and also better for the people and planet who provide our goods to us! And imagine the time and energy you save when you invest in high-quality garments that you won’t need to replace for a decade or more! 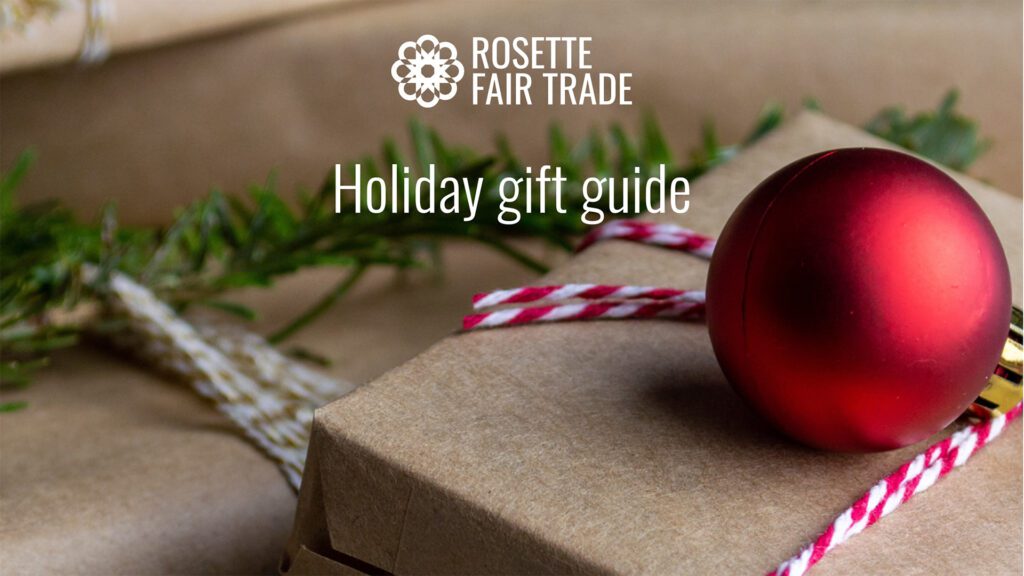 The wait is over and Rosette's fair trade gift guide is here! This year, you can get your hands on some...